Dear visitors! It’s my first attempt as a literary translator, so, sorry for wrongs and errors.

Audiobook
This story in French / Audiobook in French
The original text / www.Alexey-Pavlov.ru 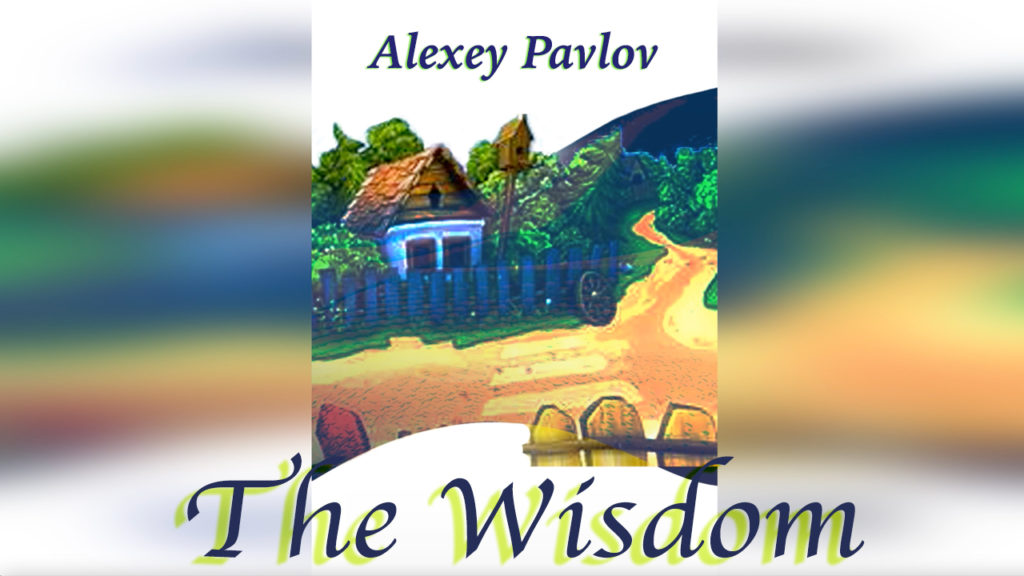 Chapter one and, thank God, the last.

Sometimes it seems to me that I don’t remember when it happened and what city I arrived. But I remember as well that some of my friends in Moscow asked me to convey something to someone in this city. I was good to my friend, so had I kindly agreed to accomplish the request. Especially because it was nice woman. Usually, I firmly reject the appeals like that, otherwise you work as a postman in your business trip instead of doing your business, just as all your friends cynically say: ‘This is the great friendship.’

The following event occurred in May. In a small pretty town, I met someone and handed something over. Short after, I was slowly walking back, thinking deeply about of something incomprehensible. I was moving along the old beautiful street. There were the small wooden houses on both sides. Big shady and flowering trees were in front of them. The spring sun was clear in the sky. Marvellous place! Every particle of air was filled with life and pacific joy of life.

In less than half an hour, I suddenly realised that I was completely lost. But now the twenty-first century is. Taking out the smartphone, I turned the navigation on. The smart device quickly pinpoints my location and three or four seconds later, I’ve got the exact way to the center of the city.

‘So where am I? And no people are out now’ thought I and looked at the map on the screen. ‘Ok, now, I have to get to the left…’ and taking left, as shown by navigation, I began to leave this beautiful place.

The street, where I was moving on, was rising up and long enough. Passing half way, I felt a little tiredness and slowed down. There was amazing beauty around me: the birds were singing, the sun was shining, warmly – spring had come. And I was joyful.

Suddenly, I noticed two old women standing at the top of this flowering street. Their appearance was pompous and pretentious. I took a closer look at their direction and realised that they were trying to understand whether am I local or not. There was no one else here and they could get only me as a curious target to learn.

‘Of course, I am from the city, big city, and all this natural beauty around is amazing for me,’ thought I. ‘But this is a common thing for them, an ordinary life in paradise on earth. That’s pretty life!’

On and on I went, watching the old women. In return, they were staring in my direction.

High thoughts suddenly came into my mind when I was getting closer – almost wise thoughts. But, to be honest, a lot of times the great doubts seize me whether it’s possible to have any wise things in our brain when we are young. It is difficult to even imagine how many different things these old ladies had seen in their long life. They looked very old, and each of them seemed to be a hundred years old or more. Watching them on, I slowed down again.

Little by little, I was getting closer. And they peered at me harder. Finally, our eyes were crossed. What now might come next – I did not know. It seemed that not only these old madams were looking at me now, but the whole world was doing so, or even the whole world history was scanning me. And they looked at me, throughout me, and surely, they could see every detail of my soul, my mind, and even all streams of my thoughts. I felt myself as if under the microscope. It was clear, that I was evaluated. It became uneasy to me.

‘These pretty old ladies probably remember The Great October Socialist Revolution, happened about one hundred years ago,’ thought I, ‘the first years of the Soviet Authority. They saw the enormous construction projects of the USSR and its leaders. They were witnesses of the great soviet era and of fake-drunk democrats’ reformers after. They are the era themselves!

There were only a few steps between us when I felt completely uncomfortable, but I admired them simultaneously. Who am I? Who am I just in front of them? Little man with the little experience of life and with no any wisdom. They, these old madams themselves, are the great life experience and high wisdom.

Suddenly, I wanted to have a talk with them, at least a little. The thoughts of old people can be… must be very wise – I was always sure that was so.

And now, I was nearby. One of them rested on a heavy wooden crutch. The other didn’t need any crutches in her age – thank God! She was on her feet firmly and confidently, her fists have been setting against her sides with her elbows sticking up. Her eyes were drilling me throughout like an x-ray.

I nodded and said gently ‘Hello.’

‘Oh you, blunt, what you doin’ here?’ cried out one of them completely unexpected, like a thunder in a clear sky. ‘You! who comes secretly t-dat hussy in-dat house o’nights, ain’t you?! Dogs bark till mornin’ den!’

Another old madam screamed out and lifted her crutch up like a club.

‘Oh… So drastic wisdom is just in front of me now,’ thought I and went on as fast as I could. I was in a hurry to leave this beautiful place until this ‘crutch of wisdom’ flew into my head as yet.

I got away, smiling at myself, and having the following thoughts:

‘I’m a bit sorry to say, but… but there we have it: always believed that when someone becomes older, he also becomes wiser and clever. In most ways that’s true. But sometimes we have a perfect booby and entirely blockheaded.’